We need to talk.

No, we’re not breaking up with you. We’re calling you to action, actually. We need to talk about mental health.

May was Mental Health Awareness month. A topic once taboo and brushed aside as mere histrionics has now entered public discourse. 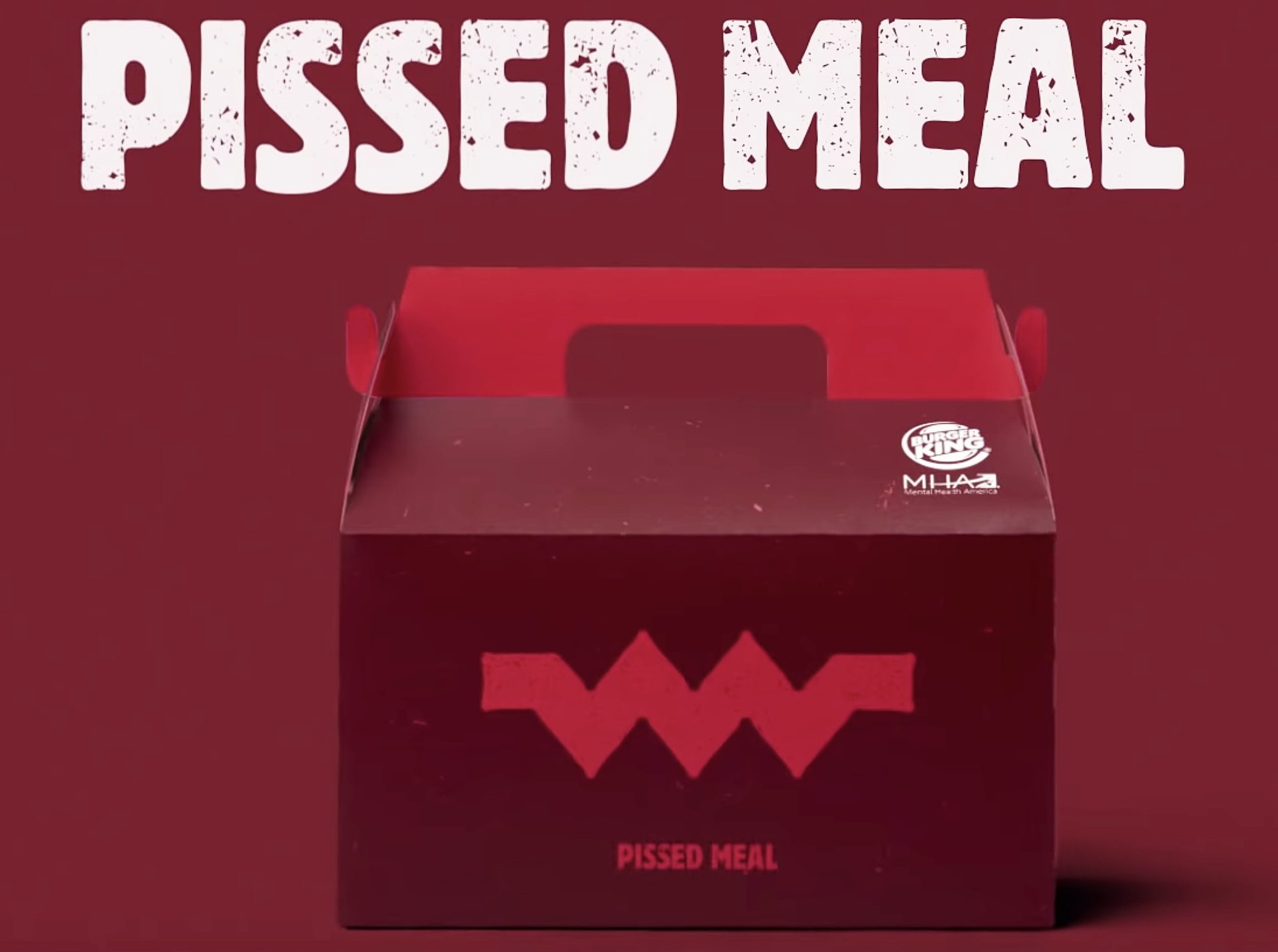 Burger King recently launched a controversial campaign called “Real Meals” in an effort to partner with Mental Health America and spark a conversation around the topic. They served whopper meals called “The Pissed Meal,” “The Blue Meal,” “The Salty Meal,” “The YAAAS Meal,” and “The DGAF Meal.” The overall message of this campaign was intended to show that not everyone is happy all the time and it is okay to express emotion. While it did end up trending on Twitter and sparking discussion, Burger King swung and missed on a few key points.

Burger King missed out on the opportunity to really outline what Mental Illness is, and to be one of the first big brands to have a meaningful impact on defining and humanizing it. Mental Illness is a disease, not a fleeting feeling or simply having a bad day like the meal titles suggest. Their campaign did not provide any solutions on managing diagnosed Anxiety, Depression, Schizophrenia, Bipolarism, or anything of the like. It only acknowledged a ballpark in which illness can exist. A lot of backlash on the promotion criticized it for flippantly posturing random emotions to appeal to millennials and directly digging at McDonalds’s “Happy Meals.” The campaign felt insincere.

But we’re gonna stop here. This post isn’t about critiquing a specific campaign. What we want to say is that The Real Meals Campaign demonstrates a huge opportunity for brands to get in there and join forces with organizations that directly deal with the Mental Illness healing process and stigma. An effective approach would be to specify and champion a cause under this big umbrella.

For example, last year Ford launched a campaign in the UK depicting two men on their way to work with an elephant sitting in the back of their car, a cute visual metaphor. The commercial concluded with the men pulling over to have an open conversation about mental health.

As stereotypes as well as research have shown, men are less likely to open up due to certain obsolete social stigmas. Ford, in addition to sparking dialogue on the Internet about men’s mental health, has also launched an initiative within their company to check in on all of their employees. Moreover, the Ford commercial implied a coping mechanism for and acknowledgement of depression or anxiety. The clear difference between these two commercials is the sincerity in the direct action these campaigns suggest.

Modern brands create, influence and reflect current culture. So you can do the math here, but the fact that these campaigns even exists means that consumers want something like it across the globe. You can make money and have a positive impact on the world; it doesn’t have to be mutually exclusive. Therefore, by avoiding the mistakes BK made by tiptoeing around a specific cause, you will be able to sustain meaningful commitments to mental health issues in order to erode any social stigma surrounding it. You can shift culture and make a name for yourself. Win-win.