It’s the dawn of the roaring 20s again. And like the first time around, the 20s are stepping it up. This century’s 20s has user friendliness at the forefront of all graphic and digital design. A little bit different than 100 years ago. So, as we get deeper into the second month of the new decade, we thought it would be a good idea to share a few graphic and digital design trends that we think should be left in the 10s. 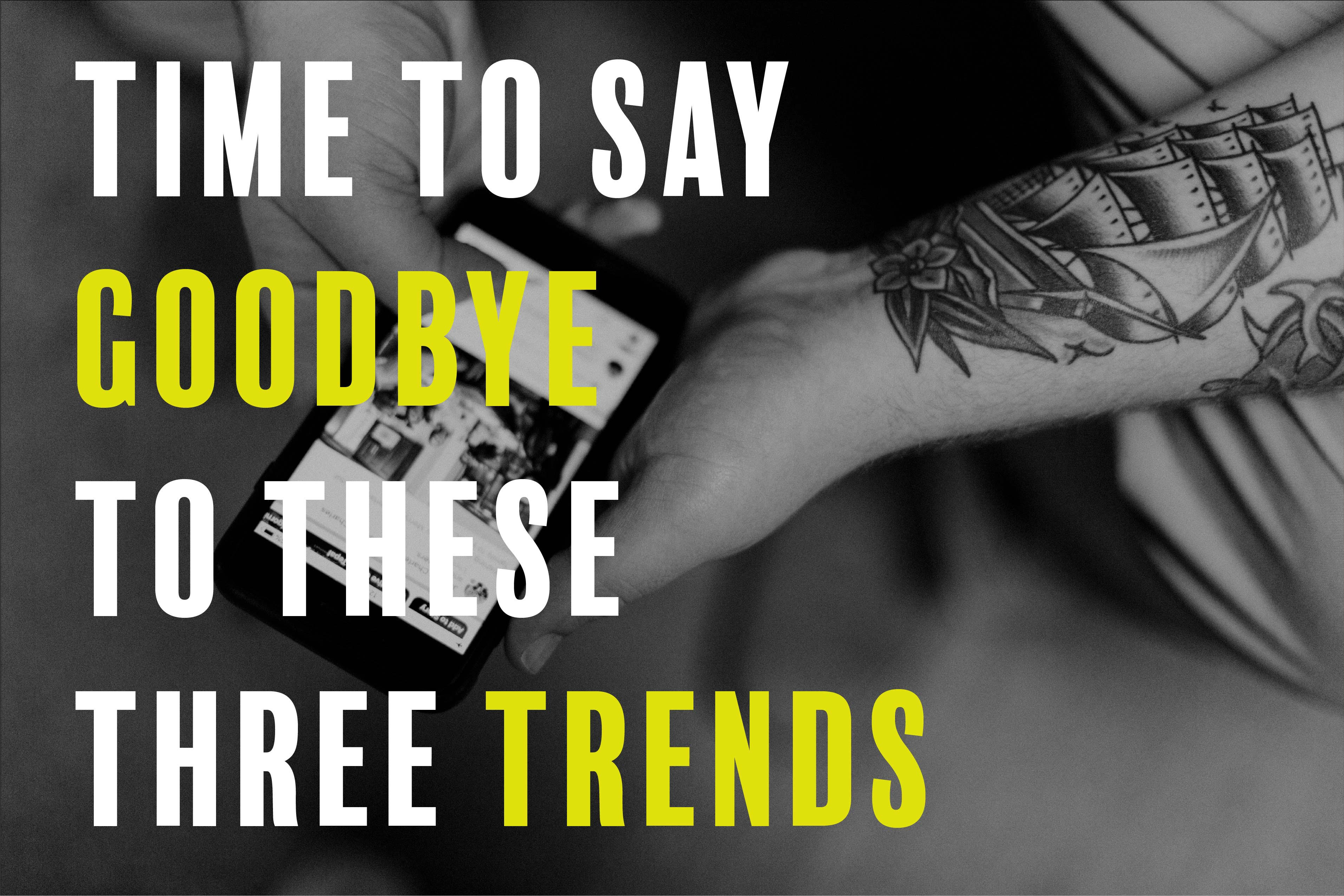 It’s no secret that graphic and web design has gotten super sleek in the past ten years. So, there was this trend that popped up that’s called antidesign. As a reaction to the ‘sleek’ norm, antidesign features the ‘retro’ feel of web capabilities from the 90s. Think Comic Sans, Times New Roman, simple HTML, and purposefully difficult and outdated User Experience paradigms. We’d like to say adios to this trend because truthfully, the antidesign overpowers brand messaging as it gets lost in the fray of frustrating UI and UX. There’s a reason creative web and graphic design progressed from the 90s, and let’s remind ourselves of this by avoiding going backwards.

Back in the day, we all used to play around with WordArt and ClipArt in the old versions of Microsoft Word. You know what we’re talking about. There was a cool (for the time) feature where you could decorate letters with color gradients. Well much like the “antidesign” style, these color gradients are popping back up again with big rebrands from HBO, Instagram and Facebook, naturally starting a trend. However, at some point this trend went a little awry. While gradients can add depth if done the right way, simple/flat designs are more transferable to devices of any size, which we didn’t have back in the early 2000s.

Facebook, Twitter, Instagram are huge examples of platforms that have a need for a feature like the infinite scroll, as content is continuously updated 24/7. However, on a smaller scale other brands dissimilar to social media platforms incorporated this infinite scroll into their web design to promote prolonged use. What ends up happening is customers passively engage with their content and addictively scroll. The meat of brand messaging gets swallowed by familiar internet patterns rendering this scroll feature ineffective. Let’s leave this behind in the last decade and be very intentional and succinct in our web content.

This decade is about drawing consumers to branding that communicates actual values rather than vague stylistic gestures toward personality and authenticity. However, we’re not saying web design and graphic design are frivolous. Actually, it’s quite the opposite. Creative digital and graphic design are necessary to communicate messaging. They show value by innately keeping the consumer’s experience as the basis of all interaction. Creativity and functionality are not mutually exclusive. So, let’s keep these old trends in the past and begin the decade the right way by using branding agency services to benefit everyone.