In August 2019, Reebok rolled out a really cool campaign.

Their campaign, ‘It’s A Man’s World’, was for a re-release of 3 classic sneaker styles and 2 tee-shirts, and it featured 5 superwomen who are breaking up gender stereotypes in their respective male-dominated industries. But more importantly, ‘It’s A Man’s World’ showcased Reebok’s latest initiative: a creative platform celebrating female empowerment. The message of this campaign honors the zeitgeist of today and is downright empowering. Plus, the 5 women featured are objectively phenomenal. 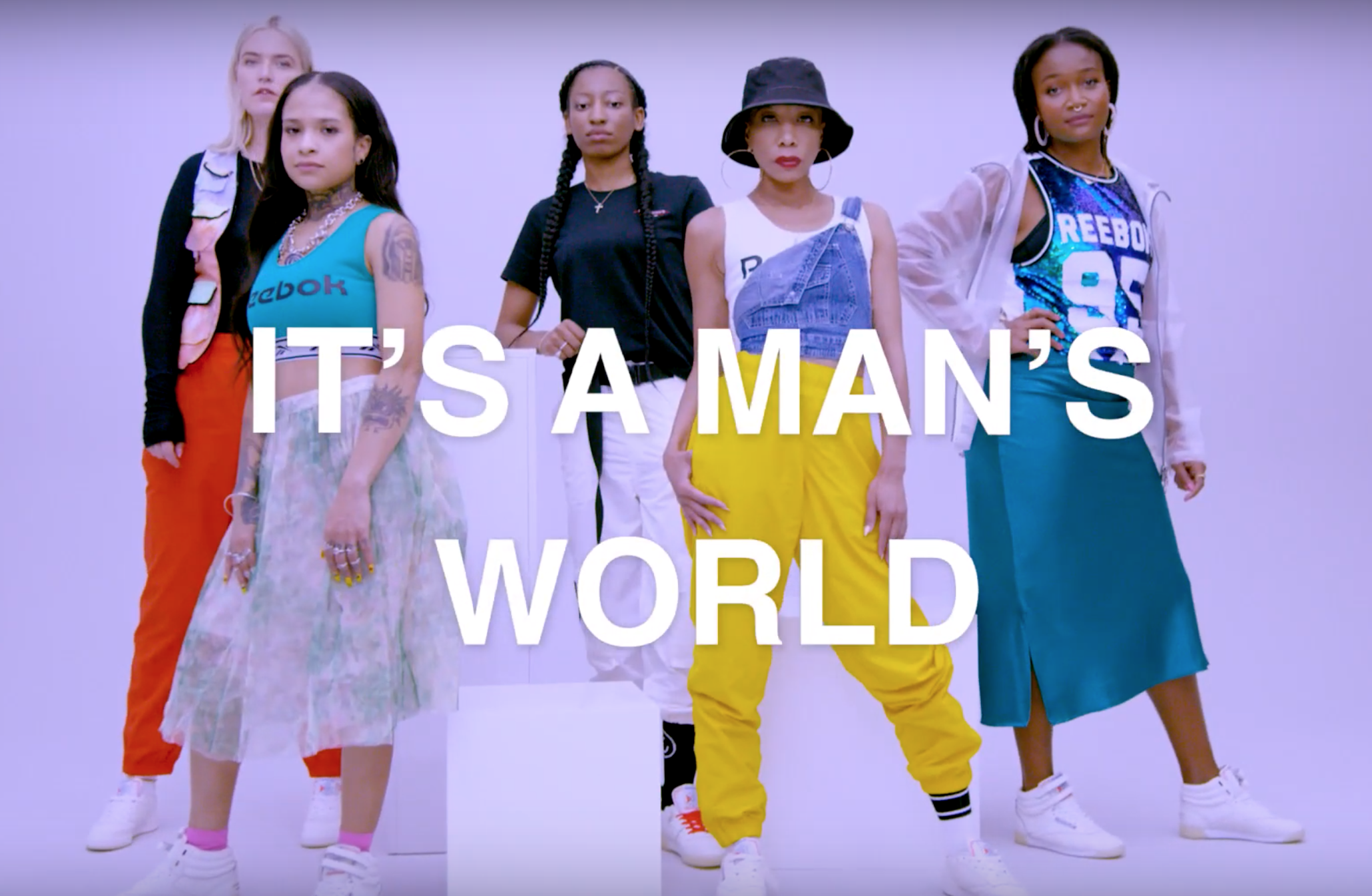 We wanted to unpack the success of this campaign a little further for you because there is so much we can learn from it.

Fun fact: Back in 2002, Reebok had already put out the very successful ‘It’s A Man’s World’ campaign, which featured 5 female athletes and the famous female rapper Missy Elliot’s rendition of James Brown’s song ‘It’s A Man’s World.’ They had already positioned themselves as an organization fighting for women’s equality in the eyes of the world. Yet, now with this 2019 campaign, they’ve figured out how to capture the same sentiment and maximize their global outreach through interactive marketing videos and creative graphic design. They used the name of the already familiar campaign ‘It’s A Man’s World’ and tweaked it by crossing it out: ‘It’s A Man’s World’. A simple yet powerful change that made these subtle creative design elements key in the success of Reebok’s campaign and really helped them stand out.

Because the campaign is so memorable, no one is complaining that Reebok is just “re-releasing” products they already have out on the market or “repackaging” an old campaign. We don’t feel like they are trying to pull the wool over our eyes.

Well, they had a great message nearly two decades ago, and found creative ways to modernize and still run with it. Both the 2019 and 2002 campaigns focused on this message and not the physical products they were selling. They presented a way of tapping into the emotional connection customers feel with their brand, and then used that to drive them to buy.

As an interactive boutique branding agency, we can help you figure out ways to elevate and communicate your highest values that will surely focus your brand building like Reebok’s campaign did for them. Be sure to focus on your powerful message, and, trust us, you will reap the rewards.