Honestly, it’s up for debate. But WOW Tech Group’s record breaking billboard ad ‘Scream your own name’ for their women’s sex toys is adding more fuel to the fire on the side that says OOH (no pun intended) Advertising is still alive and well.

We have so much to unpack to explain why this is happening. So, here’s a condensed version: 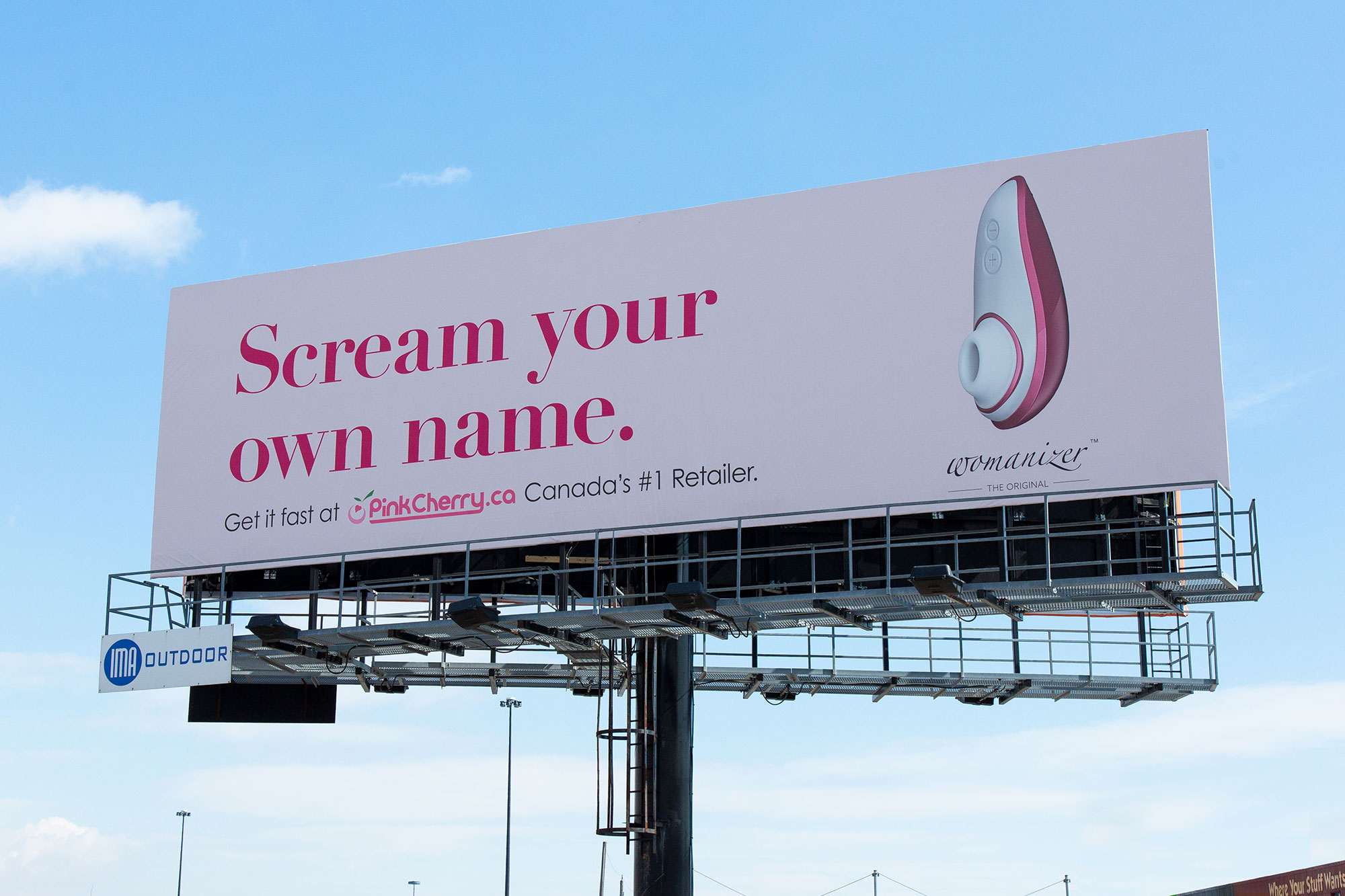 First off, we know your first thought is “Hey Oblique, what is out of home (OOH) advertising?”

OOH is advertising you see outside of the comfort of your own home: Billboards, TVs at gas stations, park benches, ads on bus stops, big scrolls at football games. Basically it’s anything that doesn’t happen inside of your phone, computer or personal TV.

The pendulum swings back and forth for advertising trends. Before the digital age, OOH was the norm. But then, consumers got bored. So, advertisers spent more time and money curating their digital in-home presence. But then, our attention spans got short and we became masters at ignoring popups and TV commercials. So that brings us back full circle to the resurgence of OOH.

Right now, we’re seeing a new trend that we’d describe as “Billboards, but make it sassy.” The thing is, we’ve seen billboards before. So why is this new wave of old advertising making headlines? It’s because now in order to increase marketing efficacy, OOH advertising has to be an ‘Instagrammable’ experience. It’s a way of getting consumers involved instead of complacent.

WOW Tech Group’s ad works because it’s witty and provocative. It began to trend on the internet because people were drawn to its cleverness and snapped some pictures and posted them everywhere. As a result, OOH ads inadvertently became in-home due to the consumers’ influence. Maybe that was the plan all along.

Furthermore, OOH has the ability to physically target their customer base. WOW Tech Group placed this billboard at the most populated part of a highway in Toronto, ensuring eyes would see it because, well, you have to look at the road when you’re driving. You can’t change the channel… or you can, but we don’t recommend it…

Anyway, our point is, OOH is back.