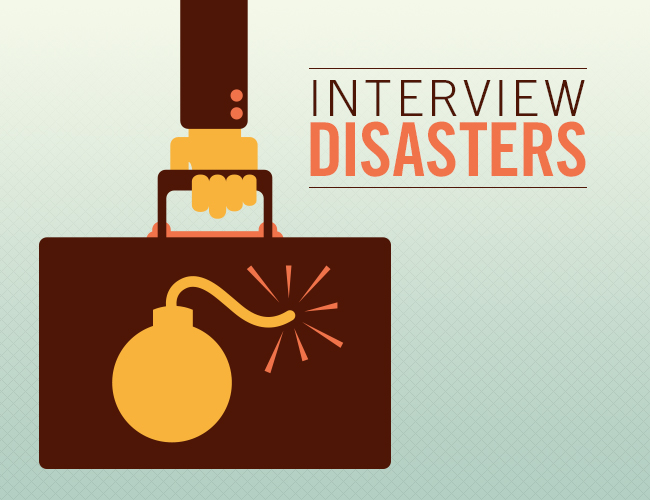 At Oblique, we have had our fair share of interviews. Some were promising and some were disastrous. It is sometimes hard to find that happy medium between someone who is creative, outgoing and has a good business sense. Not to mention, a candidate who meshes well with our eclectic personalities. Last week, Business Insider posted an article listing, “15 Bizarre Things That Candidates Have Done In Job Interviews.”

We were shocked because we thought we have had some weird encounters during interviews, but these topped them all!

The candidate with helicopter parents.
“After answering the first few questions, the candidate picked up his cell phone and called his parents to let them know the interview was going well.”

The candidate who was really into her looks.
“When told she would meet with another interviewer, the candidate said, ‘Wait just a minute.’ She then took out a large bag from her briefcase and proceeded to reapply her makeup and hairspray, all in the first interviewer’s office.”

The candidate who didn’t understand references.
“When the hiring manager called the candidate, she asked him to bring several copies of his resume and three references. He called back an hour before the interview and asked to reschedule, saying his references couldn’t come with him.”

The candidate who called her current employer in front of her interviewer.
“After arriving for an early morning interview, the job seeker asked to use the hiring manager’s phone. She proceeded to fake a coughing fit as she called in sick to her boss.”

The candidate who ate breakfast during the interview.
“The candidate asked for an early morning interview. He showed up with a box of doughnuts and ate them during the meeting, saying this was the only time he’d have to eat breakfast before going to work.”

The candidate who was uncomfortable talking about money.
“When asked what the candidate was currently earning, she replied, ‘I really don’t see how that is any of your business.'”

The candidate who brought his dog to the interview.
“The person got up to leave just a few minutes after the interview had begun, saying he left his dog in the car and needed to check on him.”

The candidate who lied on his resume.
“After being complimented on his choice of college and the GPA he achieved, the candidate replied, ‘I’m glad that got your attention. I didn’t really go there.'”

The candidate who loved the outdoors too much.
“The job seeker halted the conversation about work hours and the office environment, saying she didn’t like being confined to a building, but would consider taking the job if she could move her desk to the courtyard outside.”

The candidate who planned ahead of time about skipping work.
“In response to the hiring manager’s offer to answer questions about the position, the job seeker replied, ‘What happens if I wake up in the morning and don’t feel like going to work?'”